Hearing Aide: The Wind + The Wave ‘Human Beings Let You Down’

The Austin, Texas based duo, The Wind and The Wave are no strangers to hard work. Since their formation back in 2012, Dwight Baker and Patty Lynn have recorded three full length albums, multiple EPs, endured an exhausting roller-coaster of extensive touring, created their own podcast and have developed a rabidly devoted fan base.

It is evident that their hard work is paying off. Their latest effort, Human Beings Let You Down, which was independently released by The Wind And The Wave, made it in the top 10 most downloaded albums on iTunes during its debut week, late October 2018. The band has been prominently featured on the longtime ABC medical drama Grey’s Anatomy, which provided coveted national exposure for the pair.

Baker and Lynn provided the show’s producers with refreshing interpretations of a multitude of cover tunes that were featured on the successful drama. These original adaptations of classics include “Chasing Cars” by Snow Patrol and the Simple Minds 80’s classic, “Don’t You Forget About Me.” Lynn and Baker vocally put a definitive Wind and Wave spin on these covers, in turn creating a sound distinctly different than the original compositions. 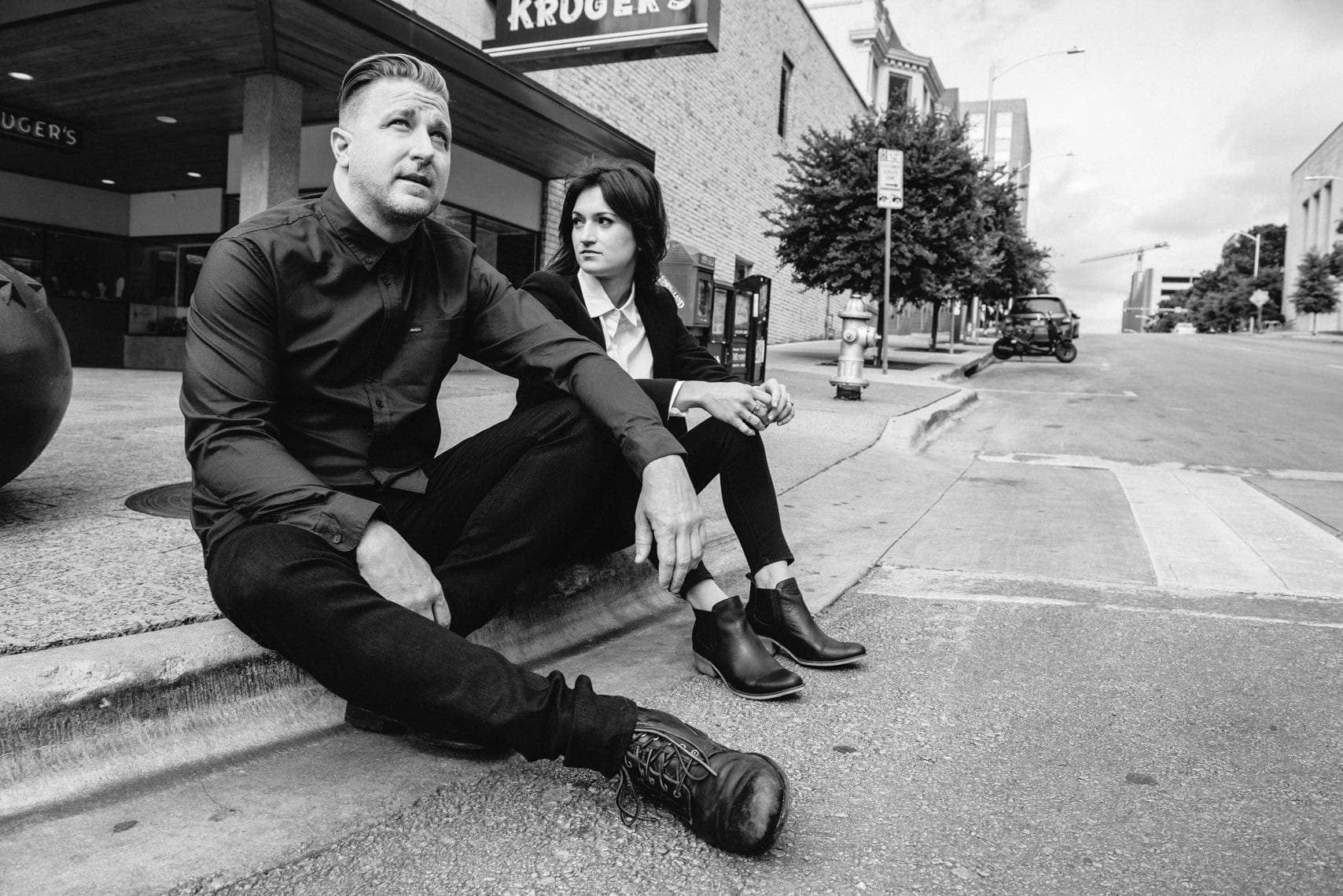 Lynn’s writing is always extremely personal and in the title track she lyrically accesses where her life’s journey has taken her, while following her passion of music. She recounts that this journey, while ultimately rewarding, can sometimes be extremely overwhelming. “Follow Your Heart Around,” is a catchy tune that musically illustrates the cohesion and trust that the duo has developed over many years together, making their third full album top notch.

One of the most interesting songs on the record is the third track, “Lay Me Down.” Lynn skilfully describes what a grind touring on the road with a band can become. With lyrics like: Standing weak beneath the shower head or faced down on a bleached out bed, thinking about what I miss the most, Patty illustrates the flip side to the excitement and glamour of performing music on stage. The lyrics are a huge contrast to song’s upbeat tempo and joyful rhythms that the duo created musically for the piece. Those stark differences between these two characteristics create a complex and layered listening experience.

Overall the tunes on Human Beings Let You Down are more cultivated and refined than its predecessor, 2016’s Happiness Is Not A Place, which had a distinctly raw and unpolished theme to its production. The final result is a work that is reminiscent to their debut release, 2014’s From The Wreckage. This similarity may also be due to the fact that Baker was at the helm producing both of those records; and is illustrative of his sensibilities behind the mixing board. The final result is a strong and moving group of very personal songs penned by Lynn that will keep the listener grooving to the musical beat of this very special duo.