Hinder, best known for their hits “Get Stoned,” “Lips of an Angel,” “Better than Me,” “How Long,” “I Don’t Wanna Know,” and many others brought their acoustic set to Magic City Music Hall in Binghamton, NY, on June 7 in support of their new six-song acoustic EP titled Stripped. Stripped was released on May 13 via the End Records and includes the songs “Not An Addict,” “Intoxicated,” “Wasted Life,” Hit The Ground,” “If Only For Tonight” and “Get Stoned.” This is the band’s first strictly acoustic project to be released and is their second EP; the first being their 2003 debut Far From Close.

In March, the band announced the album would be titled Stripped and would be released on May 13. At the time the band also announced that they would be touring June through July with the New Zealand-based rock band Like a Storm in support of the new EP.

After a stellar didgeridoo-infused, 45-minute acoustic performance by Like a Storm, who played several numbers including “Becoming The Enemy,” “Amazing Grace/Southern Skies,” “Love the Way You Hate Me” and a cool rendition of Coolio’s “Gangsta’s Paradise,” Hinder took the stage and began their set with “Intoxicated,” “I Don’t Wanna Know” and “What Ya Gonna Do” that had lead singer Marshal Dutton and the band joking with the crowd about mixing up the brands when your usual whiskey “ain’t workin’ no more.”

Despite a smaller than expected crowd, longtime band members Mark King, Joe “Blower” Garvey, Mike Rodden, Cody Hansen and lead vocalist and guitarist Marshal Dutton put on a fun-filled, entertaining and interactive show with an intimate audience and performed each song exceptionally well with great vocals and musicianship that they are known for. At times throughout the evening, various members swapped instruments with each other, showcasing how musically talented they are as individuals as well as a band. Hinder played a 12-song set with fun interactive breaks at times between songs and swapping instruments. 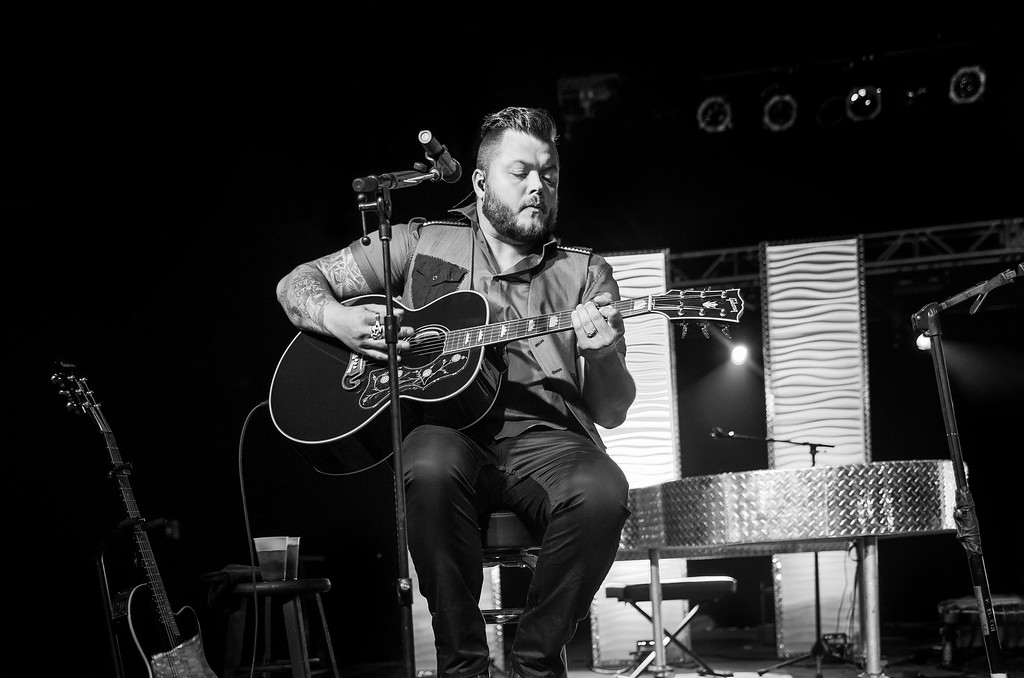 Hinder Set List 6/7/16:
Intoxicated, I Don’t Wanna Know, What ya Gonna Do, Shoulda Known Better, Hit the Ground, Last Kiss Goodbye, Not an Addict, Red Tail Lights, Better Than Me, Get Stoned, Pussy Control, No Excuses