Since the inception of Phish and their unique setlist styling, there have been many games played, fantasy setlists written and a fascination with show stats. There are a few fun things that haven’t been done though. With Wrestlemania 31 held this weekend at Levi’s Stadium in Santa Clara, CA, here are a few fun takes on set lists, comparing them to wrestlers, wrestling matches and historic landmarks.

Various wrestling superstars across the eras of WWE have been matched up to Phish songs that would represent the best Wrestlemania ever.

1. Carini/Ultimate Warrior: Two entities that when the first note hits you know you are in for a mighty bout of energy. It wont last the longest, but for the time it does it will be non stop adrenaline!

2. The Horse>Silent in the Morning/ Koko B Ware (and his bird Frankie): There was not a kid who grew up in the 80’s who didn’t see the Birdman come out flapping his arms holding a parrot. He had arenas across the country cheering when they saw this and they were always together, just like “The Horse” and “Silent in the Morning” (at least traditionally). When Trey strums the first note of “The Horse” the crowd goes nuts and it’s a fun pairing. It’s not the jammiest song, as Koko wasn’t the best wrestler, but everyone always had a great time seeing him.

3. Sneaking Sally Through the Alley/Repo Man: Who the hell is the Repo Man and is he made up? Nope. He was a wrestler, Barry Darsow. This is a pairing that is based strictly on title. The Repo Man was a sneak. He would slither in the ring and threaten to repo your stuff. Not the best gimmick but still… 4.Maze/Bret Hart: Maze starts out where the character is lost unable to find his way out. Wishing he was able to start over and not get stuck in the rut that is the Maze. Bret Hart was like this early in his career, wrestling for his father Stu in Calgary, and just getting lost in the shuffle of being another Hart brother (there are a lot of them). As Brett kept going and working hard, his ability in the ring became more concise and technically sound that any wrestler in his time. Coining the phrase “The best there is. The best there was and the best there ever will be,” is similar to the jam in “Maze”: you don’t know where it comes from but once you are hearing it, much like when you watch Brett wrestle, you know they have both accomplished what they set out to.

5. First Tube/ The Undertaker: When the lights go out and the big gong goes off, everyone shivers as the Undertaker makes his way to the ring. Not only is the Arena dark, but the feeling and the aura are dark as well, just as it is when the first bass line of “First Tube” drops. You can feel your heart jumping in your chest. The song and the wrestler do a superb job at setting out what they set out to achieve: a jaw dropping spectacle leaving the fan in spooky place for an amount of time, yet having a blast while its happening. 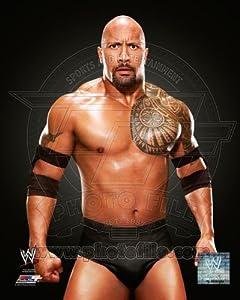 6. Run Like an Antelope/The Rock: When The Rock started his wrestling career he didn’t start right at the top. He slowly worked his way up, but when he got to the top he didn’t just stay there, he espically did it in a fashion that no one had ever done before him and no one has or will ever do again. The way Antelope starts out is similar, slow and little silly gimmicky riffs until that break down and we get down to business. As The Rock did, Antelope ends in a completely different place than where it was in the middle, when it was kicking ass.

7. Slave to the Traffic Light/Stone Cold Steve Austin: On paper the two seem very similar. The lyrics to “Slave” could have been written by a 10 year old and Stone Cold’s plain gimmick of a bald beer drinker could have been picked out of, well anywhere. It’s in the meat these comparisons are being made. Neither may look like they can pack a punch but as the each progresses the stronger each becomes. Whether it’s wailing guitar riffs or middle fingers and getting your head knocked in, both are serious parts of the annals of Phish and wrestling history.

8. Harry Hood/ Triple H: “Hood” takes the fan on a journey through many different catacombs as Triple H has had many different characters until he found his niche. Both of the subjects however end with a power unparalleled to any other song in the Phish library or any other superstar in the locker room. “Hood” with its in your face guitar slamming telling what to feel good about and Triple H marrying the bosses daughter and having run of the company.

9.Divided Sky/Hulk Hogan: There are no two other entities that pack more of a punch for so many years than theses two. Hulk hogan has been a staple at the top of the wrestling ladder forever as “Divided Sky” has been for Phish. Although you may have seen or heard both of these iconic figures a million times it still will not be enough. The energy both posses are larger than life. The institution that is Phish and that of the WWE would not be the same without these two in their respective potions.

10. You Enjoy Myself/Andre The Giant. With Andre being the most iconic figure in wrestling history and “YEM” being the most epic song by Phish, it is clear these two should be matched up.