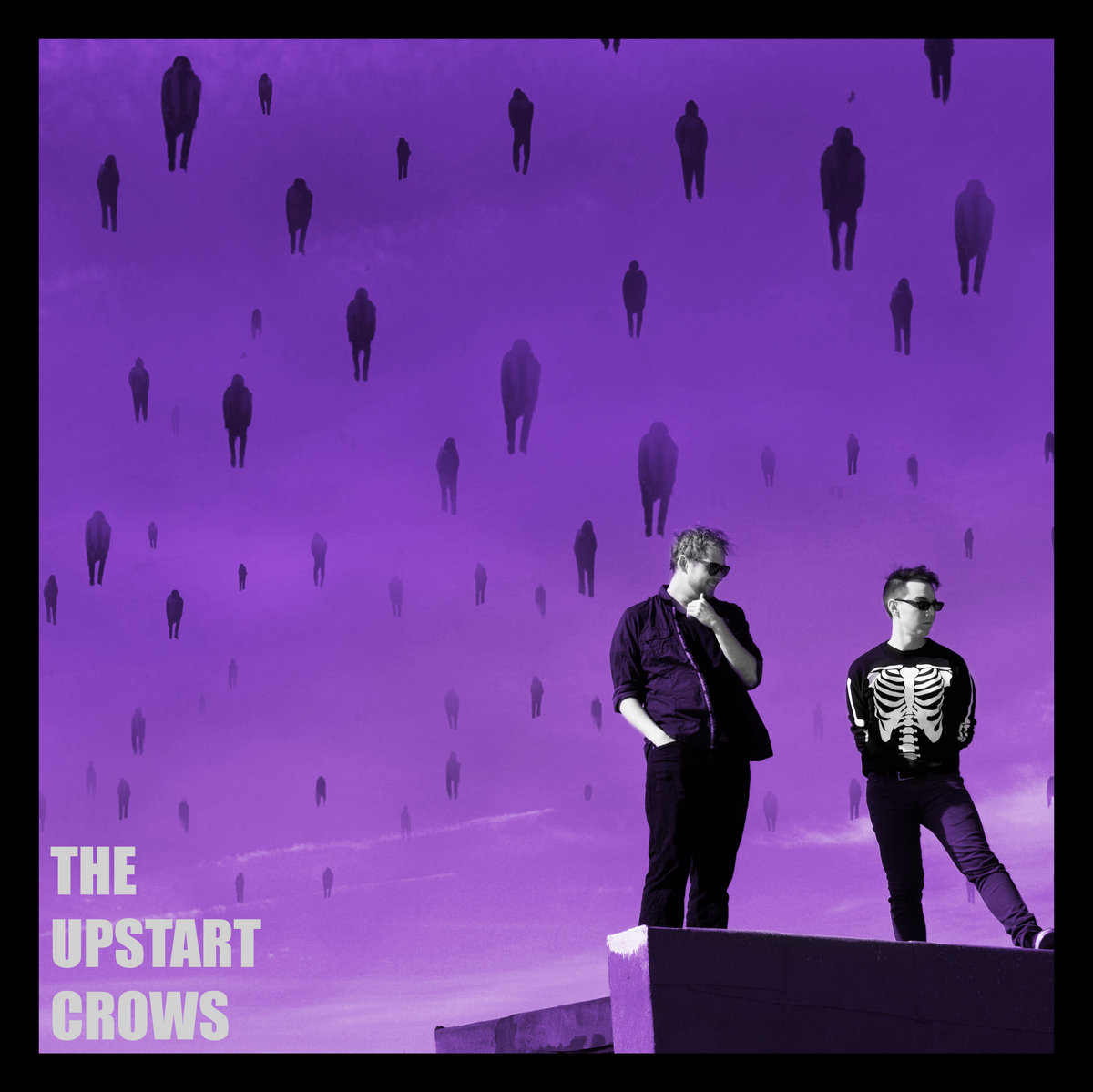 Moving out from a small college town music scene into one of the world’s largest and most diverse arts cities is daunting. For The Upstart Crows, fitting in means being different. So, when they moved from a small college town in New Hampshire into the Big Apple, they were able to settle right in. Late in August the band released their first album; a combination of punk, honkey tonk, and a vaudeville styled theatrical influence. The self-titled album, The Upstart Crows, is a grab bag of these various influences that the band draws from. The two piece group, comprised of Jon Adams (vocals/guitar) and Forest DeCoste (drums/bass), recorded at Proper Pop Studios in Brooklyn, NY. The band seized the opportunity to layer on elements that their two-member setup has handcuffed them from doing; the band plays as a guitar and drum duo typically. The addition of bass and some other backing instruments gives every song more dimension and enabled the group to hash out the ideas a bit more. Despite this, the album does feel a little meandering, focusing on the lyrical theme of sadness but not staying true in terms of genre and flow. The album remains an interesting listen despite the scattershot and shows how well the duo can formulate a song with consistently catchy melodies and tight performances.

The album opens a little heavier with “Bad Medicine”, the first single The Upstart Crows put out in anticipation of the album. The song feels similar to an early 2000’s era emo tune, without the over-saturated production. The bass line fits well with the drum beat and provides a solid foundation for the rich guitar chords to lay out the progressions. The guitar ultimately leads the bass, with both instruments locking together in such a way you’d expect to hear in a song written by a smaller crew of people. The song is fun, heavy, and not overbearing. Adam’s vocals immediately stand out as theatrical and exciting. A few songs follow this formula of heavier instrumentals and grittier vocals. One vocal performance, from “Lying and Crying”, has Adam’s singing with a distortion on his vocals. This works really well with his higher tenor voice, commanding the listener’s attention. The end of this song also has an octave-matched guitar solo that adds some meat and more development to the melody.

While the heavier songs provide good energy to the album, The Upstart Crows do really well in their more pop-oriented songs. Adam’s vocals shine in track 7, “Heart to California”. A more bubbly song with an indie/alt vibe, the band takes a catchy hook and layers on a lot of fun percussive parts and some group vocal refrains. Similar to a song you’d hear from The Dear Hunter, this offers a view of the band that would be interesting to hear more of. “What Did I Say” gives a similar vibe, keeping the song fresh with catchy hooks and a honkey-tonk feel. Adam’s vocals float above the instrumental like Ben Folds or Tom Chaplin (Keane). The mix gives the song a heavier feel without pumping the distortion of muddying the vocals. Like a few other songs on the album, this one had a seamless transition from the previous track. The band makes portions of the album feel like they were recorded one after the other without break, which yields a cool effect.

From the heavy distorted wash of instruments, to a more jangly and organic songs, this album does not get boring. While the rocky flow and genre mixing can be a drawback at points, the ability to write consistently catchy hooks and execute performances that are tight make this album fun to listen to. The Upstart Crows cover a wide spectrum of genres in this album, and it’d be interesting to hear an album (or two) that focus on a steadier narrative and true genre. With this first release, the band has started to establish a theatrical alt-rock sound that can be refined to great effect. Check out the album, and if you’re in the NYC area don’t hesitate to catch a live set! You’ll get something a little different than the album, and that’s a great reason to catch a live set.

Key Tracks: Heart to California, What Did I Say, Bad Medicine