Lakeview Amphitheater in Syracuse was the setting for one of the best known multi-platinum recording artists and legendary iconic classic rock duos of all time. Members of the Songwriters Hall of Fame as well as the prestigious Rock and Roll Hall of Fame, Hall and Oates took the stage at Lakeview around 9:00 p.m. on a gorgeous upstate Saturday night in front of a large crowd as well many boaters docked behind the new venue on Onondaga Lake  to hear the classic rock duo perform many of their hits including “Sara Smile,” “Rich Girl,” “Private Eyes” as well as many others

Daryl Hall and John Oates are best known for their Philadelphia rock and soul sound along with their songwriting, strong hooks and melodies. This recipe has made them musical legends. They achieved their greatest fame from the late 1970’s through the mid-1980’s with a fusion of rock and roll and rhythm and blues. Hall and Oates have sold an estimated 40 million records throughout their career, making them the third best-selling music duo of all time. 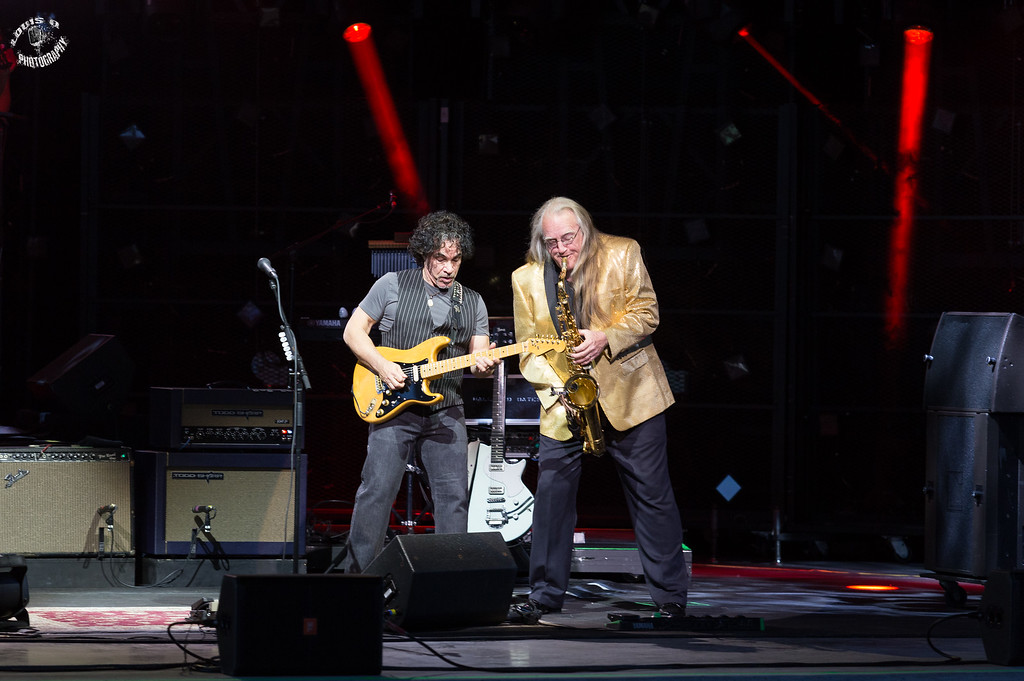 Starting the night was Grammy nominated singer-songwriter, producer and multi-insturmentalist, Mayer Hawthorne with a soulful 60 minute set. Hawthorne strolled out on stage along with his band wearing smooth black and white suits and ties, except for his sultry back-up singer who wore a stunning black dress and definitely kept it flashy but classy. Playing soulful and funky hits reminiscent of his influences, which include Curtis Mayfield, Isaac Hayes, Smokey Robinson and Barry White, Hawthorne and his band performed funky and smooth hits including “Backseat Lover,” “Fancy Clothes,” “No Strings,” a fun rendition of “Without Us” from the TV theme show Family Ties as well as a cool cover of Aerosmith’s “Walk This Way.” Hawthorne was an appropriate opener for Hall and Oates with his soulful sound and energetic stage performance which got the Syracuse crowd primed for the main act. 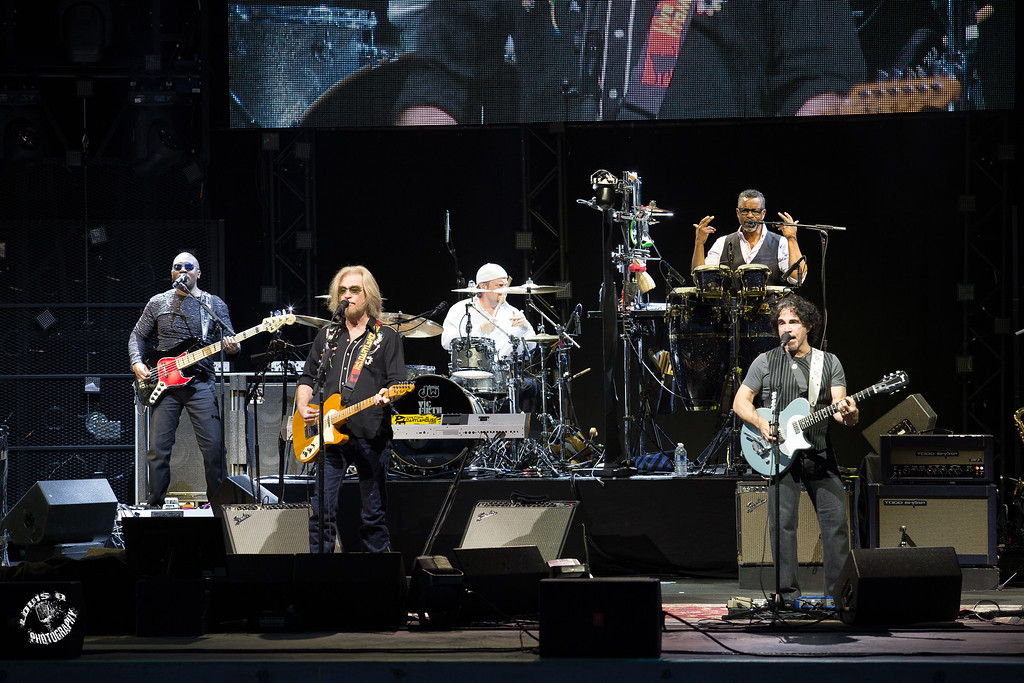 As the band took to their instruments on stage, Daryl Hall and John Oates walked out to an eager and excited crowd who was already on their feet screaming in anticipation. Hall, wearing jeans and a black button down shirt with roses embroidered on the chest, donned a Fender Thin-line Telecaster with a “Live from Daryl’s House” strap and Oates, wearing casual jeans and a white pinstriped vest and T-shirt, played a classic Fender Strat. Both appeared to play through vintage Fender amps for a clean smooth tone. They both waved and greeted the crowd while breaking into their first song of the night, their number one smash hit from 1982, “Maneater” followed by the number one hit from 1984, “Out of Touch” and top ten hit “Did it in a Minute”. 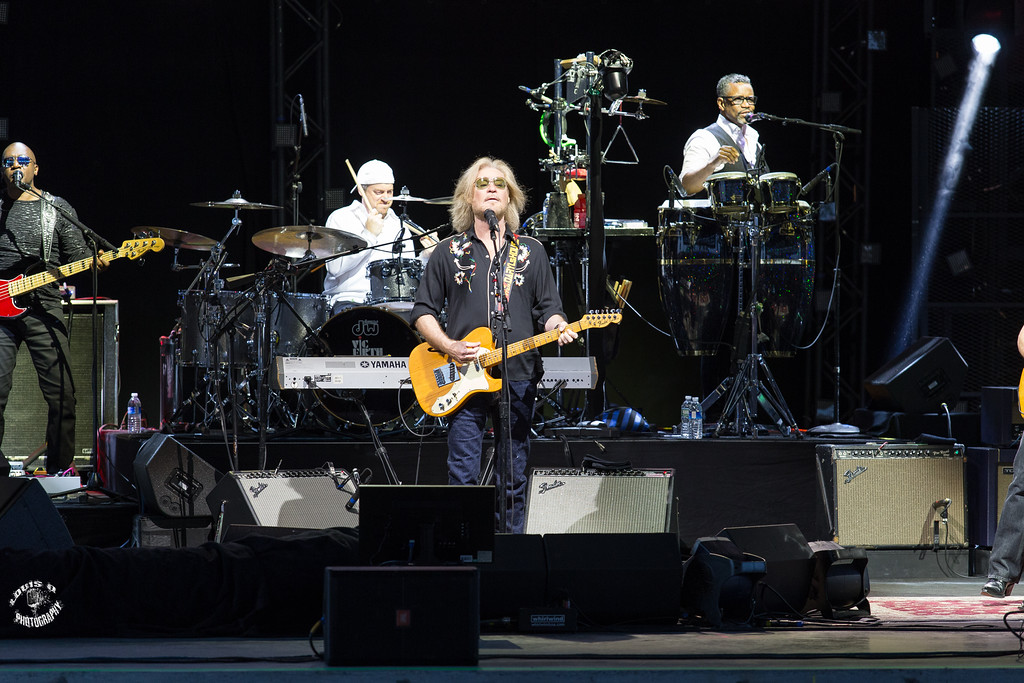 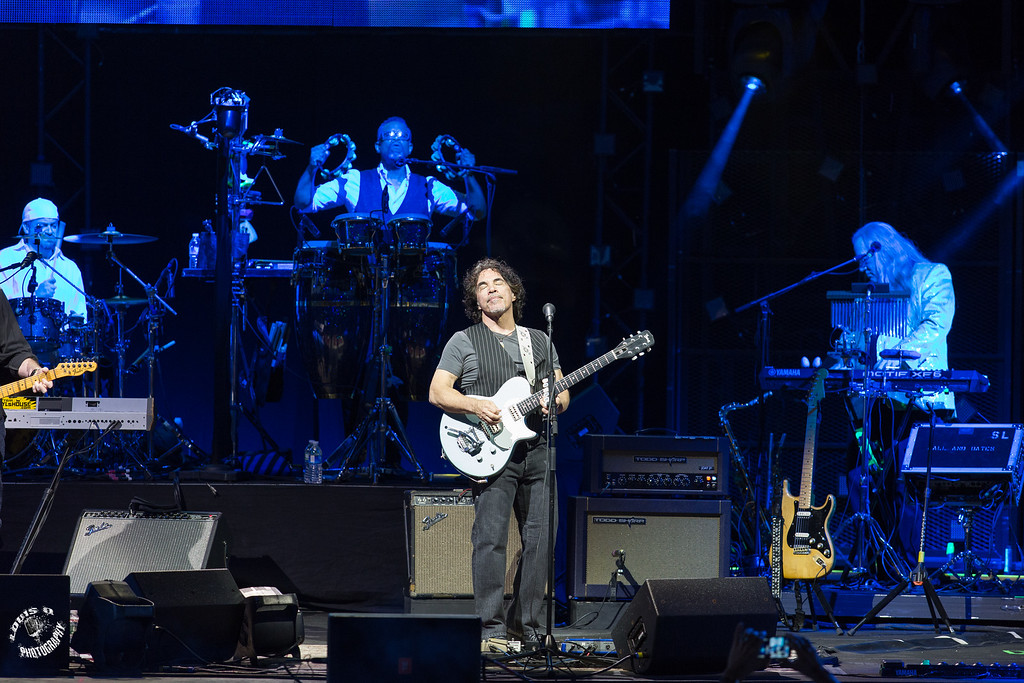 Hall and Oates performed hit after hit throughout the night along with their amazingly talented band which included Charles “Mr. Casual” DeChant on saxophone, Brian Dunne on drums, Eliot Lewis on keyboards, Klyde Jones on bass, Porter Carroll on percussion and Shane Theriot on guitars.

Hall made a few references to his television show “Live from Daryl’s House,” which is filmed at his club in Pawling, and features some current members who currently tour with Hall and Oates, including Grammy Award winning producer/guitarist Theriot.

The Lakeview Amphitheater crowd had no problems singing along on their feet to all the well known Hall and Oates hits such as “She’s Gone,” Sara Smile,” Rich Girl,” “You’ve Lost that Lovin’ Feeling”-with Oates on lead vocals, “I Can’t Go For That” and “Say It Isn’t So”. By the first encore, many of the Hall and Oates fans had made their way up front and were dancing in the aisles.

Set List:
1. Maneater
2. Out of Touch
3. Did It in a Minute
4. Say It Isn’t So
5. You’ve Lost that Lovin’ Feelin’
6. Las Vegas Turnaround (The Stewardess Song)
7. She’s Gone
8. Sara Smile
9. Do What You Want, Be What You Are
10. I Can’t Go For That (No Can Do)
ENCORE 1:
11. Rich Girl
12. You Make My Dreams
ENCORE 2:
13. Kiss is On My List
14. Private Eyes
Hall and Oates continue their tour throughout the summer and fall of 2016..Whether you’re an old fan or a newcomer. Whether you’re a fan of the rock and soul Philadelphia sound they are known for, classic rock, or just wanting to get out for some summer concerts, Hall and Oates should definitely be on your list this year. check out their upcoming tour dates, news and more at their website. 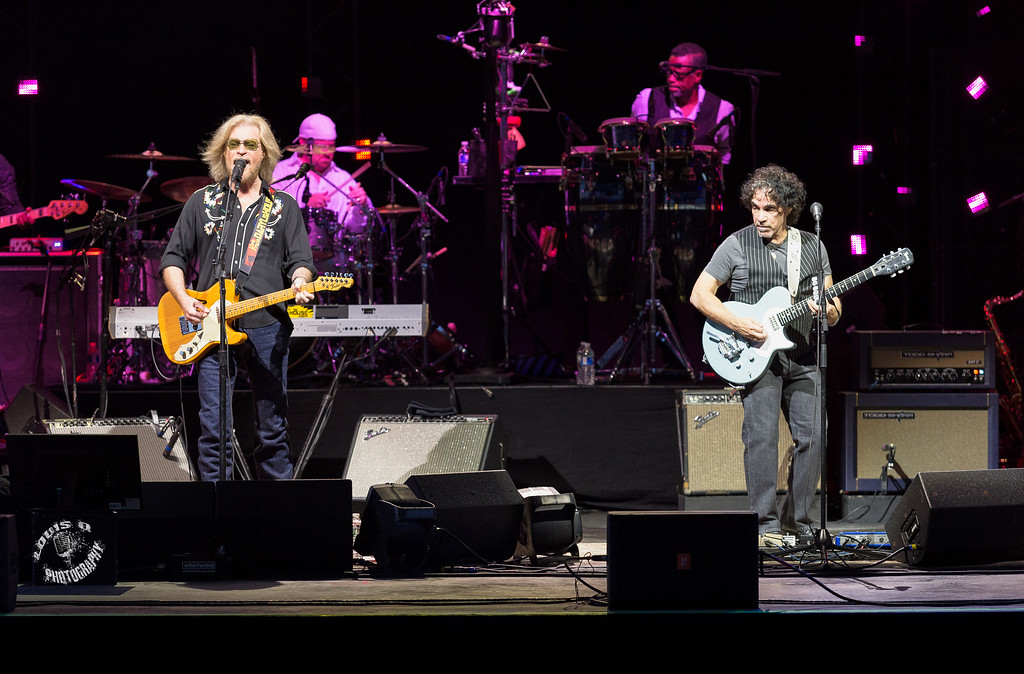 Geneva Music Festival Returns to the Smith Center for the…